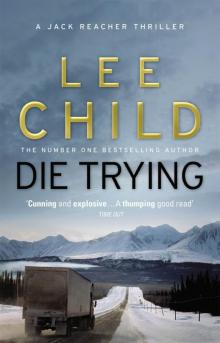 Read Online
When a woman is kidnapped off a Chicago street in broad daylight, Jack Reacher's in the wrong place at the wrong time. He's kidnapped with her. Handcuffed together and racing across America toward an unknown destination, they're at the mercy of a group of men demanding an impossible ransom - the woman is worth more than he can imagine.