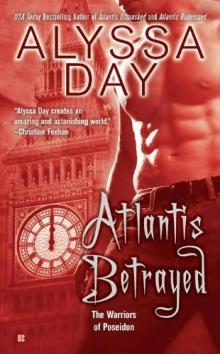 Read Online
Poseidon’s warriors have learned that the battle to protect humanity produces unexpected enemies—and alliances. And one of the most powerful of all Atlantean warriors will soon find both…in one daring beauty. A warrior’s mission, a woman’s desire… What could Christophe, powerful Warrior of Poseidon, have in common with Fiona Campbell, prim and proper Scottish illustrator of fairytales by day and notorious jewel thief known as the Scarlet Ninja by night? Answer: The Siren, a legendary Crown Jewel that Fiona has targeted for her next heist. It’s said to be worth millions, but to Christophe it’s invaluable. For the Siren also happens to be one of the missing jewels from Poseidon’s trident. And the unnatural evil that could destroy them both. But breaking into the Tower of London is a two-person job, so Christophe and Fiona team up to commit the crime of the century. As newfound passions fire their motives—and cloud their judgment—they realize they aren’t the only ones after the priceless gem. A dark force is shadowing their every move, and threatening to shatter their trust with revenge, betrayal, and a haunting revelation about the past.