The Apprenticeship of Lucas Whitaker 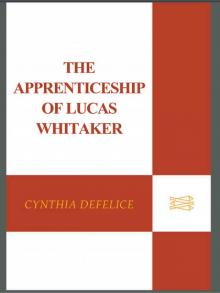 Read Online
A Matter of Life or DeathIt's 1849, and twelve-year-old, Lucas Whitaker is all alone after his whole family dies of a disease called consumption which has swept through the community. Lucas is grief-stricken and filled with guilt. He might have saved his mother, who was the last to die, if only he had listened to news of a strange cure for this deadly disease.Unable to manage the family farm by himself, Lucas finds work as an apprentice to Doc Beecher, doctor, dentist, barber and undertaker. Doc amputates a leg as easily as he pulls a tooth, yet when it comes to consumption, he remains powerless, unwilling to try the cure he calls nonsense. Lucas can't accept Doc's disbelief, and he joins others in the dark ritual they believe is their only hope. The startling results teach Lucas a great deal about fear, desperation, and the scientific reasoning that offers hope for a true cure.